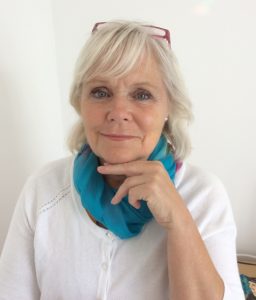 Sally Ann made me feel instantly welcome, like visiting a long lost friend. I had gone to see Sally Ann with a long standing problem which recurred annually. I had been to see other practitioners but none of them could find the cause or give me advice as to how to manage it.

We had already formed a good relationship within minutes of meeting and soon I was in a blissfully peaceful state which, with careful questioning and innate intuition, Sally Ann quickly discovered the reason for my repetitive problem, dealt with it and gave me a tool kit of ideas that I could use to manage it in future.

Apart from the 3 sessions I have had, I am also in email communication with Sally Ann or feel free to phone if the need arises. Just because your session finishes in her lovely home, that doesn’t mean that there is no other support available, which I value as much as the treatment sessions themselves.

I have no hesitation in recommending Sally Ann to friends some of whom have already been to see her and and have been equally delighted with the outcome of their visits.

Thank you for all your hard work.

My wife arranged my first visit to see Sally Ann in the hope that it would calm my irascibility. When I arrived for the appointment I was rather apprehensive and a little nervous, but Sally Ann quickly put me at my ease. 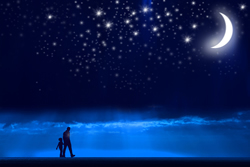 “Everything in the universe is within
you. Ask all from yourself.”
–Rumi

The first thing Sally Ann asked me to do was to complete an intake form. This allowed me to focus on what I felt I needed to get out of the session. It was the first time I had ever analyzed my anger and it was most revealing. With a clear purpose in my mind, Sally Ann then took me through a wonderful ‘releasing stress’ hypnosis. I left my first session with Sally Ann feeling calm and very much at ease with myself.

During the second session, under Sally Ann’s hypnotic guidance, I found myself regressing into past lives. As I met these other ‘mes’ I began to get a fascinating and quite unexpected insight into the present ‘me’. It became apparent how my previous lives were all linked by a common thread, namely that in each I being subjected to some form of injustice. A regular trigger for my anger is social injustice. I can rarely read a newspaper without getting very hot under the collar, but at least I now understand the cause of my present foibles.

By the third session I felt that I had gained a genuine understanding of my anger. This enabled me to develop strategies to deal with it. My wife says that she can see a definite change in me and reports that I am less stressed and more patient than before. Throughout the sessions I felt deeply relaxed and whilst being conscious of my surroundings I was able to clearly visualize these former lives. I am delighted with the results and would have no hesitation in recommending the wonderful Ms Sally Ann Gray.

I came to see Sally Ann as I had so much family responsibility and stress that I felt I was in melt down. I have always had a problem saying ‘no’ to requests from my family and with four children, their families, a husband and an aging father, I felt I had little time for myself. I knew deep inside that there was an imbalance in how I was dealing with these issues and went to see if Sally Ann could shed any light on why I felt so indebted to everyone. 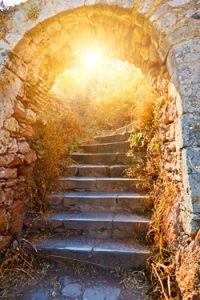 “Journey from self to Self and
find the mine of gold.”
–Rumi

Sally Ann was an easy person to relax with and I found that her guided visualisation working with the energy of crystals, quickly lead me into a past life in Egypt. I saw myself in charge of and responsible for hundreds of workers employed in the construction of, what appeared to be, very important buildings. I was an overseer whose job it was to ensure that the building work progressed to the satisfaction of my superiors even though this meant harsh and cruel treatment being inflicted on the slaves. I know I was not happy doing this but I was no more than a slave myself and therefore had little choice but to obey my orders. If I faltered I knew I would face summary execution only to be replaced by someone else with possibly no concern for the suffering of the poor wretches in their charge. Whilst I believed my intentions were truly honourable it did not remove the enormous burden of guilt that crushed my spirit. I knew what I was doing was wrong, but was I helpless to do anything about it.

Further regression has shown that I have had other positions of authority but none ever imposed upon me such a state of anguish or grief. I now realised that my inability to say ‘no’, even when I feel totally exhausted, has its roots in the suffering I caused in that previous life when, for whatever reason, I abused my power to the detriment of others. I still have a great deal of responsibility but thanks to Sally Ann my perception has changed dramatically. This now allows me to enjoy the responsibility of family. What I do, I do with pleasure and this has made me a much happier person inside.

I look forward to making more discoveries about myself when I work with Sally Ann in the future. This is a life changing opportunity that nobody should miss.

As my therapist Sally Ann is a truly inspirational and amazing person, who over the past year has taught me so much about the spiritual world and that by looking at the experiences in our life, we can learn to take the positive things from them and create change.

Sally Ann helped me with regression sessions to work on the sadness and guilt I was feeling after the sudden passing of my husband, along with recurring nightmares I had had since childhood. During our sessions which I can only describe as life changing, Sally Ann guided me gently back through my childhood to face my fears and resolve any issues I may have had. During the first session when Sally Ann was checking my energy, it became evident that there were a couple of spirit attachments that had been with me controlling my emotions and holding me back from moving on in my life. Sally Ann released these energies with great compassion and understanding and then balanced and healed my energies. The result is that I have become a stronger person and more in control of my life, and I have resolved the issues I have had since childhood. Knowing Sally Ann has changed my life, she is a wonderful teacher and an amazing healer.

I found Sally Ann to be kind and friendly from the start. In fact, I said to her that I felt I had known her before although we had never previously met. Her guided meditation was wonderful and helped me at what was a difficult time at a personal level. I would highly recommend her and her services. She is first class. 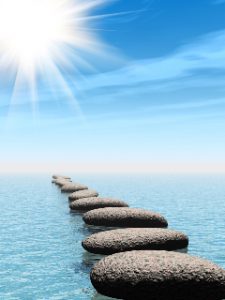 “The difficulties you meet will resolve themselves
as you advance. Proceed, and light will dawn, and
shine with increasing clearness on your path.”
–Jim Rohn

I met Sally Ann at a time in my life when I desperately needed help and guidance – I was really struggling to get through each day and at times couldn’t see a way out. Through working together I found much greater direction and also faith / hope that I could get out of the situation I was in. This was by understanding why recent events had affected me in such a way and why things had to unfold exactly the way they did and that these issues would keep coming back to me until they were addressed.

The healing process was not just via one method – the regression work was invaluable, because it answered questions – but for me it was more the all round support and care that Sally Ann gave to me which really helped. She is in undoubtedly gifted in her connection to spirit and extremely modest with it too. Everything which she sensed about my life was extremely accurate and the future unfolded exactly as she said.

I would say one of the things I really like about her is that she is so down to earth and very practical – you are told what comes through, whether you like what is said or not and at times this can be tough – but I found this extremely refreshing.

Copyright © Sally Ann Gray 2021 All Rights Reserved | Design By Banyan Graphics
We use cookies on our website to give you the most relevant experience by remembering your preferences and repeat visits. By clicking “Accept All”, you consent to the use of ALL the cookies. However, you may visit "Cookie Settings" to provide a controlled consent.
Cookie SettingsAccept All
Manage consent

This website uses cookies to improve your experience while you navigate through the website. Out of these, the cookies that are categorized as necessary are stored on your browser as they are essential for the working of basic functionalities of the website. We also use third-party cookies that help us analyze and understand how you use this website. These cookies will be stored in your browser only with your consent. You also have the option to opt-out of these cookies. But opting out of some of these cookies may affect your browsing experience.
Necessary Always Enabled
Necessary cookies are absolutely essential for the website to function properly. These cookies ensure basic functionalities and security features of the website, anonymously.
Functional
Functional cookies help to perform certain functionalities like sharing the content of the website on social media platforms, collect feedbacks, and other third-party features.
Performance
Performance cookies are used to understand and analyze the key performance indexes of the website which helps in delivering a better user experience for the visitors.
Analytics
Analytical cookies are used to understand how visitors interact with the website. These cookies help provide information on metrics the number of visitors, bounce rate, traffic source, etc.
Advertisement
Advertisement cookies are used to provide visitors with relevant ads and marketing campaigns. These cookies track visitors across websites and collect information to provide customized ads.
Others
Other uncategorized cookies are those that are being analyzed and have not been classified into a category as yet.
SAVE & ACCEPT